Investing in Bitcoin: Is It Worth the Risk?

Investing in Bitcoin: Is It Worth the Risk?

By: David Tse, Director of Research

Today we are going to cover a very popular subject, bitcoin.

It’s a very complex topic so we will keep this at a very high level. Our goal  is to provide you with an idea of what bitcoin is and what it may mean for the future.

First off, Bitcoin is a type of crypto-currency. I know, it sounds complicated and I’m sure some of you may be wondering what exactly is a cryptocurrency?

Let’s break that term down. The term crypto refers to cryptography which is the art of writing or solving codes. So cryptocurrency is called such because it is a “currency” based on strong cryptography or codes. Crypto-currency is in essence a currency that is secure.

Crypto-Currency vs the U.S. Dollar

That security comes from complex and encrypted mathematical codes generated by computers. As such, they are digital and have no physical form. In other words, no computer, no cryptocurrencies.

Contrast that to the US dollar which is a fiat currency.  It has its roots in physical form, where I can physically hand you dollar bills, and is issued by our government through the faith we have in them.

Bitcoin began in 2009 and is credited with being the first cryptocurrency. The idea was to be a true currency, one that can be used as a medium of exchange for online payments. It offered the promise of lower transaction fees than traditional online payment mechanisms and, unlike government-issued currencies, it is operated in a decentralized manner- which just means transactions can take place without having to go through a financial institution.

I know what some of you are thinking. So someone decides to write some computer codes and it somehow magically becomes money? The idea of money that is created out of thin air and in digital form is a hard concept to grasp and accept, but that is not that foreign to everyone if we take a big step back. Money, at all levels, does require a level of faith. Imagine that you were an alien from Mars, what would a dollar mean to you? It’s a piece of paper with a picture on it. Not very much right? If I offered him a trillion dollars for his spaceship would he take it? Of course not because dollars mean nothing to him. What makes it valuable for us earthlings is:

How does crypto-currency work?

First off, Bitcoin only resides in its own digital BTC network so there are no physical bitcoins, only digital balances kept on a public ledger/ or a bitcoin transaction log if you will. That ledger is called the blockchain. It’s called a blockchain because transactions are added to it in blocks, or bunches of transactions at a time.

The way transactions work is that every owner of an electronic coin who wants to pass it on to the next owner, does so by digitally signing it, kind of like when you sign your checks, essentially approving it. Every time the electronic coin changes hands, another signature is added. It is all done in chronological order, meaning it’s time-stamped, so there is essentially a chain of signatures that goes all the way back to the beginning.

So at its core bitcoin is a chain of digital signatures and the blockchain is the record of all the transactions, along with the chain of signatures going back in history.

How do transactions get on the blockchain?

The key to all of this is how the transactions are verified to make sure that no one gets to double-spend their money. In a fiat system like we have, for physical dollars that is easy as we hand the physical possession of the dollars to whomever we are paying.

When we send money digitally, we depend on our trusted institutions to make sure that when we send money out of our account, it is sent to another but also deducted from our balance. It certainly would be nice if I could send money limitlessly without it being deducted from my account! So we trust these institutions, which are usually government-regulated like banks and other financial firms like TDA or Fidelity, to make sure the accounting is right.

This is a centralized system, where we depend on trusted institutions as the middle man in our monetary transactions. In this type of system, we have to rely on the institution’s set of rules. When they are open for business when we can send money, where we can send money, forms we have to fill out, etc. They can even freeze our accounts if they suspect there is wrongdoing, whether legitimate or not.

The difference in the Bitcoin network is that it does not require an intermediary to make transactions. I can send money to anyone anytime and the system itself verifies the transactions and prevents double-spending. We won’t go into how that verification is done as it is complex but, rest assured,the source code is open source. This means anyone can see the code and that it has been thoroughly vetted.

The system audits every transaction and verifies it using a massive amount of computing power before putting it into the blockchain. That verification process is what is called mining. It is a system that rewards those who help to verify the transactions within the bitcoin network. For their work, they get newly minted bitcoins. In a way, the approach of mining new bitcoins is modeled after mining gold, where time, work, and water are needed to dig up more gold. For Bitcoin, it is time, computational power, and electricity.

Why are investors using Bitcoin as a hedge to inflation?

Bitcoin is seen as an inflation hedge mainly because of its limited supply.  While a small component of its meteoric rise may be a reflection of an inflation hedge, our view is that it is more of a speculative instrument than it is a good inflation hedge. Inflation has been relatively muted over the last decade. To that end, bitcoin has not been correlated with inflation at all. In addition, it’s volatile price action makes it a very poor hedge for inflation.

How does Bitcoin affect investments in other traditional assets?

We consider bitcoin to be a speculative instrument. Like anything that can be invested in, it simply adds to the existing stock of things to invest in like a bond, a stock, a mutual fund, a painting, a collectible car, a baseball card, etc. To the extent that it draws more interest, and is chosen over other investments, it can take demand away from other instruments. For example, we have seen some clear evidence that many investors in gold, have moved some of their funds over to BTC- this makes sense as many investors believe bitcoins to be the digital version of gold in the sense that it has limited supply and looked upon as a store of value- albeit a volatile one.

Will Bitcoin weaken the dollar?

What are the risks?

There are some countries that have banned bitcoin already. Admittedly it will be difficult to ban completely but many barriers can be put up. The key here is that there is a vested interest to keep the current fiat system. Governments would not openly welcome a “currency” that would take away its ability to control its printing presses and all the benefits that come with that.

Another real risk is that bitcoin requires not just electricity, computers, but also access to the network via an internet connection. In a disaster like what happened to Puerto Rico a few years back, when hurricane maria took down the entire electrical grid. It would be useless just like all forms of digital wealth

Whether you believe in bitcoin or not, it is clear there is a market for it and that means Investors clearly have faith in it. While it is not a currency in the traditional sense, at worst, bitcoin can be viewed as a very liquid collectible. Many collectibles also have no practical utility, like sports and other trading cards, paintings, toy figures, etc. While they may be worthless to you they are not for others. Take this painting for example. Absolutely worthless to me. You may have to pay me to put it up on my wall. Wait what? 70 mil?? Ok, ok, you’ve twisted my arm.. I’ll take it….

This report is meant to inform the reader of our current market opinion, which we, as professional money managers, use in our decision-making. It should be noted that stock market and bond market data are subject to varying interpretations and any one interpretation will not necessarily guarantee investment success. The information obtained from the sources specified herein and used as basis for our current market opinion is believed reliable, but we do not guarantee the accuracy of such information. 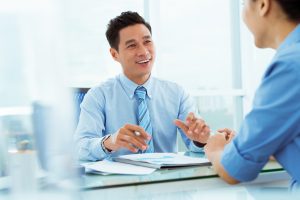