The 2020 Elections and the Market

With the elections coming up, we thought it would be a good time to take a look at some of the potential implications of what promises to be a historic election. 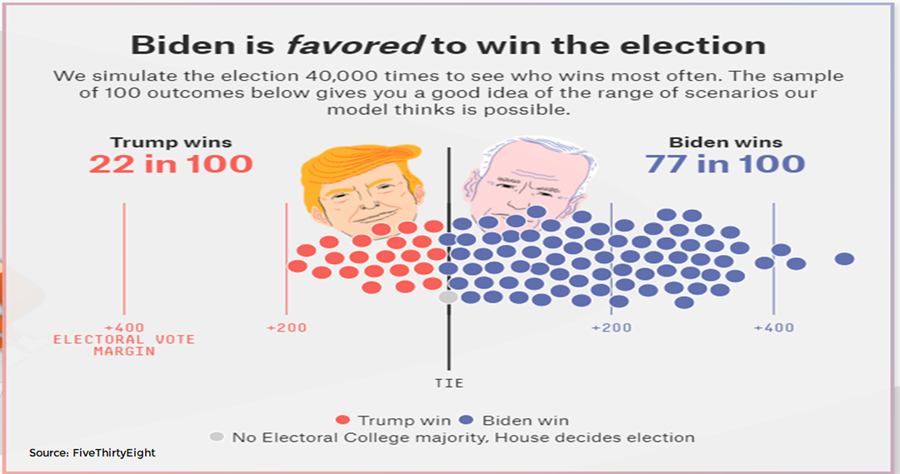 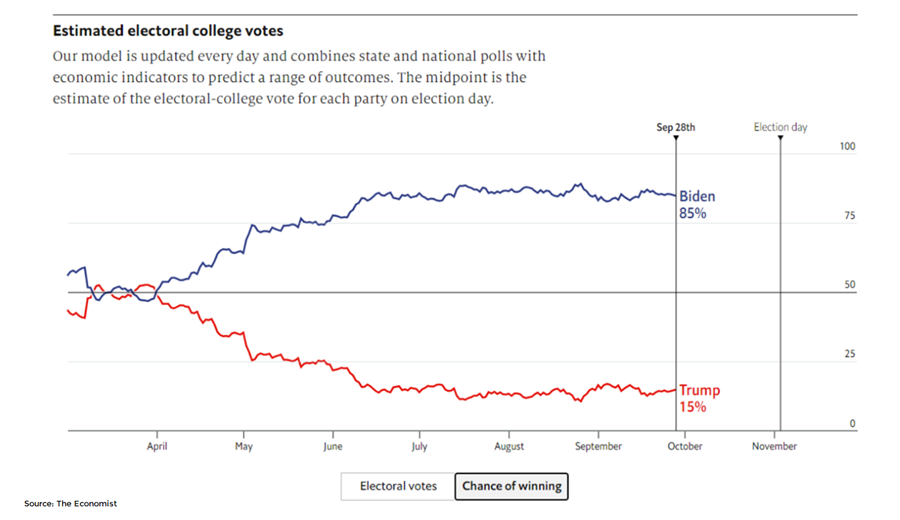 The betting odds, however, show a much more narrow margin with Biden’s odds of winning at 60%, and Trump’s at 45%. 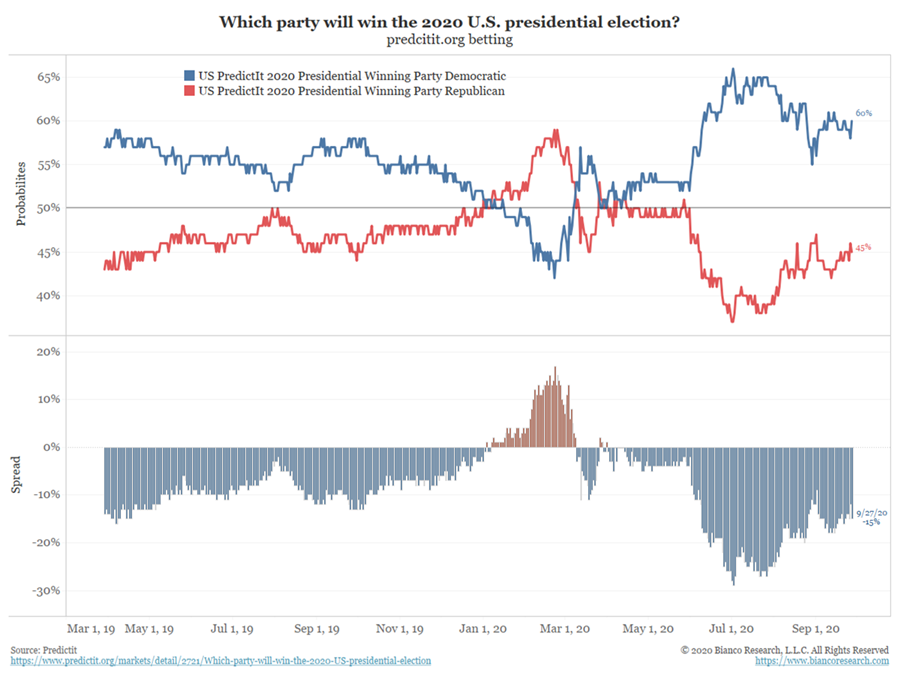 The odds of who takes the Senate appear to be a coin toss and will be heavily watched. Should Biden win, it would enable him to implement his tax agenda, which on the cover appears aggressive. Undoing tax cuts, raising the top marginal tax rates, and eliminating beneficiaries step-up cost basis could have some major consequences. Moody’s has the following scenarios with given probabilities shown below. As you can see, outcomes are still very much up in the air. 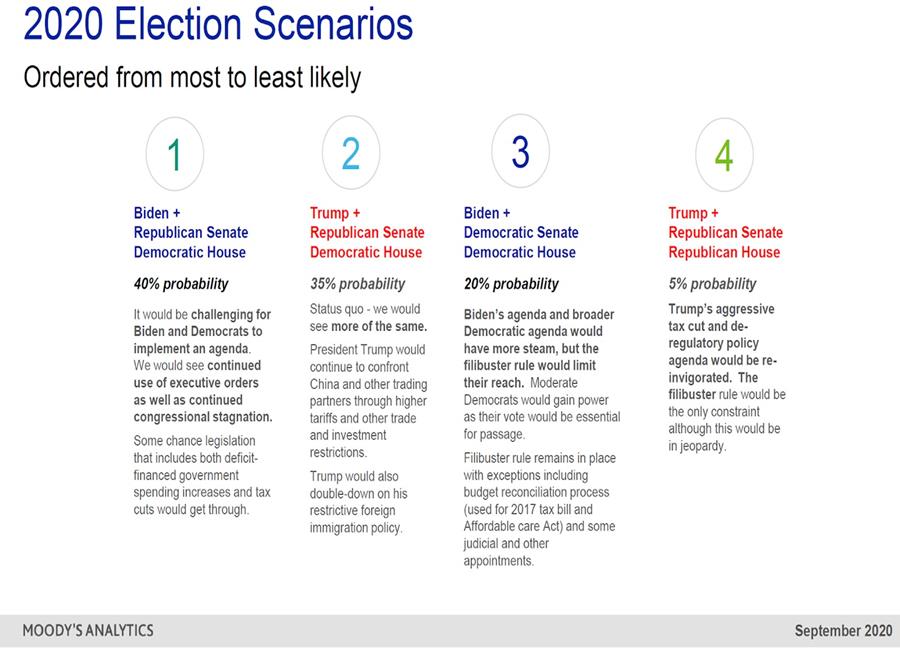 The consensus is that if Biden wins, clean energy, infrastructure, and healthcare services companies will outperform. If Trump were to win, we are likely to get more of the same with technology doing well, along with financials and possibly energy. While we are aware of the expectations, as we have seen in the past, the consensus could end up very different.

One new wrinkle for this election is what is termed a Red Mirage. On election night, we could see a Trump victory from in-person ballots, followed by weeks of counting mail-in ballots which may lead to a Democratic victory. If this were to occur it could lead to a lack of confidence in the government. All in all, expectations for increased volatility going into the election are very high.

The bottom line is there is a lot of known risks and uncertainty surrounding the election. The general rule is that known risks are priced into the market in advance and often do not play out as feared. We are always more focused on being prepared for unexpected risk. Our main objective is to protect the portfolios from any black swan events.

We continue to let the market indicators guide us as we recognize election forecasts have often proven to be fruitless. Biden did not appear to have a chance against Sanders in the primaries and Trump lagged Hillary in a big way but they both defied the polls and won. Election forecasts and market predictions can often be misleading. Approaching the 2016 election, forecasts were almost certain that elevated volatility would follow a Trump victory. The market proved otherwise. Same for 2008, after Obama’s election, which turned out to be just fine. We will remain open-minded and allow price action, rather than feelings and expectations, to guide us. If the market is going to sell off in response to the election, we will aim to see the technical foundation deteriorate. As always, we aim to be on top of all the details.